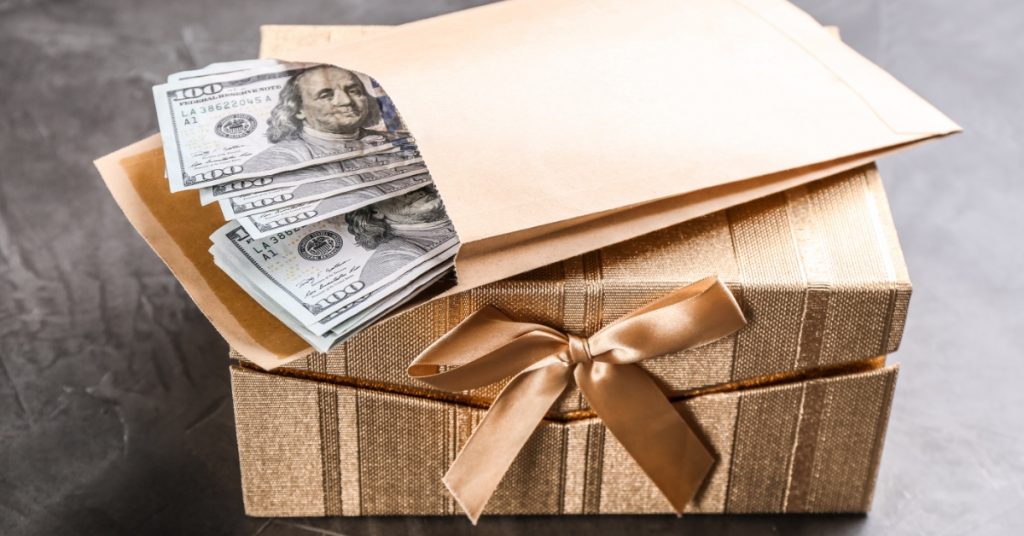 When it comes to calculating an alimony modification – or even determining if a modification is necessary – details matter. Most former spouses understand that factors like annual income and upholding one another’s standard of living are on the table for discussion. But what if one spouse receives a hefty inheritance post-divorce or receives a generous financial gift?

These unanticipated windfalls can, in some cases, alter the financial circumstances of one spouse and lay the groundwork for the other spouse to petition to reduce or increase the amount of alimony they receive.

Ex-wife’s receipt of an inheritance and continued ability to work warranted the termination of the ex-husband’s permanent periodic alimony obligation.

Pamela Wiesenfeld is the former wife of David Wiesenfeld, the petitioner. After their dissolution of marriage was finalized, David was required to pay his former wife alimony. David later filed a modification of alimony after his former wife demonstrated an ability to support herself with her job as a paralegal and after receiving a large inheritance from her parents.

Pamela partially appealed the final modification judgment, arguing that she should not have to reimburse her former husband for the alimony payments she received before her circumstances changed and she became self-supporting. The record supported the court’s determination that Pamela received her inheritance in June 2010—this was the requisite change in financial circumstances that led to the termination of alimony.

And yet, the alimony modification made the revocation of alimony retroactive to the February 2010 filing date of the petition for modification rather than the date the inheritance was received. This would have required Pamela to reimburse David for alimony received several months before she became self-supporting.

There existed no evidence indicating that Pamela was capable of self-support between the petition filing date and the date she received the inheritance. So, the appeals court reversed the part of the order that required Pamela to reimburse David for alimony payments she received for the months prior to June 2010.

In 2002, Carol began cohabiting with James Stewart. One year later, the parties consented to reduce alimony to $1,550 per month. Two years after that, John sued to reduce or terminate his alimony obligation due to the enactment of section 61.14(1)(b), Florida Statutes (2005) regarding supportive relationships, or “de facto” marriages. Carol countered with a request to resume alimony at $2,775 per month. The trial court entered an order denying reduction or termination of alimony and granted Carol’s request.

The court sided with Carol for multiple reasons. First, the trial court found that John’s income and assets had dramatically increased since 2003 when the parties agreed to reduce the alimony amount. At trial, John testified that at the time of the modification in 2003, he possessed about $36,000. Since then, he inherited approximately $350,000 from his late mother’s estate and received $68,000 per year from his late grandfather’s estate.

According to his financial affidavit, John has a net monthly income of $10,000. He lives in a four-bedroom, three-bath waterfront home in a golf course community. His home is valued at approximately $500,000, and he owns a large brokerage account and a retirement account valued at $126,000.

John had lost over $500,000 in the stock market in the preceding two years. However, citing Linn v. Linn, 523 So.2d 642, 643 (Fla. 4th DCA 1988) (“Poor management of one’s income is not the equivalent of a substantial change in circumstances sufficient to warrant a downward modification of an alimony award.”), the court found that Carol shouldn’t be penalized because of her former husband’s day-trading decisions. Although John made poor investment decisions, he nevertheless clearly could pay alimony sufficient to meet Carol’s needs.

Carol’s changes in circumstance also played a role in the court’s decision to uphold John’s original alimony payment requirement. Carol was a self-employed psychotherapist with a net monthly income of $1,598.04. Since the modification in 2003, her net worth had only slightly increased due to inheriting $90,000 from her late mother’s estate, from which there remained approximately $45,000 after having been depleted for deficit spending for monthly living expenses, attorneys’ fees, and accountant fees.

Carol was then 63, having entered her field of psychotherapy in her early fifties after a 27-year marriage. The trial court found that Carol had been living at a subsistence level, doing without many of the things that she enjoyed during her marriage and which John still enjoyed.

John’s lawyers also attempted to show that Carol was in a ‘supportive relationship’ which lessened her need for alimony. However, even though her relationship with her live-in partner was supportive, the two did not share finances, had no intention of marrying, and the relationship did not provide the necessities of life established by the former marriage.

The appeals court denied John’s petition to terminate alimony and granted Carol’s counter-petition for an upward modification in alimony.

Ex-wife’s receipt of a $31,000 gift from her parents’ post-divorce doesn’t warrant a modification of alimony.

Maxine Jaremka Cowie and Robert A. Cowie married in 1963 and divorced in 1986. Together they had two children — one child had reached majority and the other was a teenager at the time. At the time of their divorce, Robert earned more than $50,000 per year. As part of the settlement, they sold their home for $150,000 and split the equity.

Robert believed the amount of alimony Maxine was awarded was excessive and pushed for a rehearing to reduce his alimony payment to $300 per month and have it reclassified as rehabilitative alimony. The motion for rehearing was denied in March 1986, and Robert didn’t appeal.

However, in June 1987, Robert filed a petition for modification of the permanent alimony, again pointing to several substantial changes in circumstances to warrant an alimony modification.

First, his petition alleged that there had been a substantial increase in Maxine’s income and a decrease in his income.

At the modification hearing, Robert could not establish any change in his income. Instead, he testified that he’d remarried and purchased a home with an adjustable-rate mortgage. These obligations sometimes made it difficult for him to pay his alimony obligation. However, as a matter of law, these obligations, which had been created voluntarily, do not serve as sufficient grounds to modify the amount of alimony.

Second, Robert presented two matters concerning Maxine’s financial condition. Robert established that Maxine had received $31,000 in gifts from her parents after the divorce. She used $6,000 to purchase a used 1985 Chevrolet Celebrity and the remaining money as a down payment on a house, which she bought for approximately $85,000.

He tried to show that the gifts eliminated her need for alimony in the amount he was paying. But the appeals court held that these modest intrafamilial gifts, clearly intended to help Maxine start a new life after the divorce, weren’t a financial change for which Robert should receive a benefit.

Third, Robert established that Maxine changed jobs after the divorce and made approximately $18,000 in 1987 and 1988 by working two jobs. Although this amount is substantially higher than the amount Maxine testified that she’d be capable of earning at the dissolution hearing, it’s not significantly higher than the amount Robert’s evidence had suggested she’d be capable of making.

Even with a $31,000 gift from family and additional earned income, the financial affidavit Maxine presented at the modification hearing showed that she needed the full alimony amount to support her modest lifestyle, which at best was comparable to the couple’s lifestyle during the marriage.

To win his modification of alimony case and reduce his alimony payments, Robert needed to prove a permanent, unanticipated, substantial change in Maxine’s financial circumstances to demonstrate an entitlement for any relief. In this case, the court ruled that Robert’s evidence didn’t satisfy his burden of proof.

If you or your former spouse received a substantial inheritance or financial gift that may warrant a modification to your current alimony order, consult with an experienced Florida alimony attorney to help you receive the modification you need.

Contact us today for a free family law case evaluation. We’ll listen to your case and explain your rights. When you’re ready to work with an experienced divorce lawyer to help modify your alimony, fill out the form on our Contact Us page or call us at (954) 880-1302.