Examples of Alimony Modification Due to Health Issues

Examples of Alimony Modification Due to Health Issues 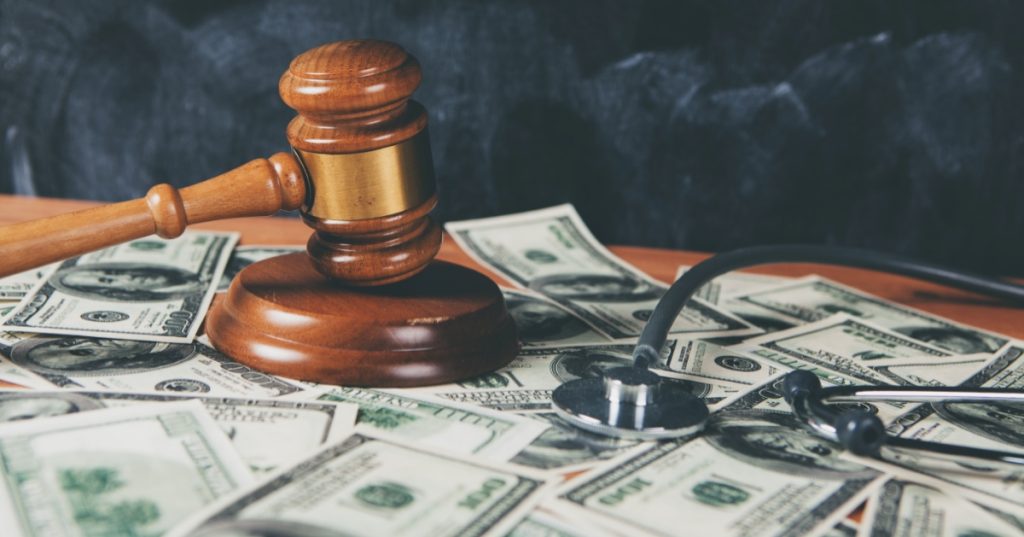 The amount of alimony one spouse needs after a divorce is rarely the same amount they require years down the road as life inevitably changes. Unexpected health-related issues are one of life’s major challenges that, when they arise, can alter a person’s entire financial outlook.

Alimony is meant to secure a spouse’s financial well-being after divorce. When one spouse experiences a health issue that was unanticipated at the time of the original alimony order, that spouse may need to request a modification to cover these unexpected expenses.

As with most alimony cases, modifications – even ones involving a person’s health – are not always straightforward. Successfully modifying alimony should never be assumed and usually requires the guidance of an experienced attorney.

In this article, we look at three cases that demonstrate how the court determines whether a health-related issue creates a substantial change in circumstances warranting a court-ordered modification of alimony.

Shortly before she turned 65, Muriel Plevy experienced health issues that forced her to leave her job based on medically necessitated absenteeism. Mrs. Plevy originally appealed a modification to her permanent periodic alimony order that decreased her alimony, despite her health-related challenges. She appealed, claiming that the court abused its discretion because it approved the modification request before considering her objections, which were filed in a timely manner. In her appeal, she argued that her alimony should have been increased, not decreased.

The basis for her argument was two-fold: 1) she faced new health-related challenges, and 2) her former husband, a doctor, had an increase in earnings since the original dissolution of marriage and alimony order. His economic situation had considerably improved while hers had diminished.

Due to her health-related change in circumstances, Mr. Plevy argued that she was not self-supporting and, therefore, entitled to an increase in alimony.

In 1992, Linda Pettry was awarded rehabilitative alimony of $2,500 per month for four years to cover tuition and her expenses to enroll in nursing school.

After the divorce, Linda decided to shift from nursing school and pursue a master’s degree in business and become a teacher. Her anticipated income was close to what she would have earned as a nurse, so the rehabilitative alimony order was left unchanged.

In 1995, near the end of her rehabilitative alimony and after finding a job in her new field and becoming self-supporting, Linda filed a motion to modify her alimony to convert from rehabilitative alimony to permanent alimony due to a substantial change in circumstances. While the motion was pending, the court ordered her former husband Ronald to pay Linda an additional $1,250 per month in temporary alimony.

Ronald argued that his payment of rehabilitative alimony had been reasonably executed and that debt Linda had incurred because of her schooling was due to the mismanagement of her expenses.

Linda then argued that she had a history of mental health challenges and that her mental health was a valid reason why she needed permanent alimony. However, Linda’s mental health challenges had begun in high school and were a part of her life before and during the dissolution of the couple’s marriage. Therefore, they did not constitute a significant change in circumstance since the original alimony order was created.

The appeals court determined the trial court had erred in awarding Linda temporary alimony and the verdict was reversed.

Related: What You Need to Know About Alimony In Florida and How to Win Your case

A former husband and wife were married for 11 years, during which time the husband obtained a law degree and began to practice law. The wife, however, did not work during the marriage but did take several college courses on and off between 1972 and 1988. However, she frequently withdrew from classes and never received a degree. The case noted that the wife had always suffered from asthma.

When they divorced, the final judgment required the former husband to pay the former wife permanent alimony in the amount of half of his income until she either remarried or passed away.

After their divorce, the wife completed her degree, completed law school, passed the Florida Bar, and eventually practiced law.

Once his former wife became a practicing lawyer and was self-supporting, the former husband asked the court to permanently modify the alimony order. He argued that at the time of their separation, neither former spouse thought the former wife would complete college or practice law. Now that she was employed, she no longer required alimony, and this presented a significant change in circumstances.

As a result of his request for modification, the former wife’s permanent alimony award was reduced to $2,000 a month.

Her first argument was that the trial court calculated her income without giving her a reasonable amount of time to become partially self-supporting.

She also argued that her former husband previously knew about her desire to practice law, and her asthma-related medical bills had increased since the divorce, leading to a deterioration of her health and making it difficult for her to stay employed. Her physician testified that asthma sufferers like her can have difficulty holding a job due to the stress and anxiety caused by asthma attacks.

Her former husband countered that his former wife’s education, even with her health condition, would allow her to be employed as a research assistant earning between $25-$150 per hour while working from home.

The former wife argued that a law degree does not ensure self-sufficiency and does not translate into a job, especially when her severe health condition was factored into potential employment opportunities.

Ultimately, the trial court chose not to terminate alimony but did modify the terms. It put the burden on the former wife to prove that her inability to maintain employment was not voluntary and the result of her medical condition.

The appeals court agreed that there was a substantial change in circumstances because the former wife had earned a law degree and, therefore it reversed the original trial court order. However, it offered a tacit suggestion to the trial court upon issuing the reversal.

Because the trial court made an error in prematurely imputing the former wife’s income before giving her a reasonable amount of time to become partially self-supporting, the appeals court said the trial court “may find it appropriate to hear additional testimony” related to the wife’s employability based on her change in circumstances.

After a divorce, life will continually change, and health-related issues may require an increase or decrease in alimony. If you’ve experienced a substantial change in your personal health and need to modify your alimony order, consult with an experienced Florida alimony attorney to help you receive the modification you need.

Larry Schott has more than 25 years of experience practicing family law in Plantation and offers a free initial case evaluation. He’ll listen to your case and explain your rights. When you need the services of an experienced family law attorney to help modify your alimony agreement, fill out the form on our Contact Us page or call us at (954) 880-1302.

Case Examples of Alimony And The Marital Residence